There comes a time at most Live Music Events when you fall into a bit of a trance… this is different from the “hair standing up on the back of your neck” moment that many us experience but rarely talk about… the trance I am talking about is when the sound is perfect, your body is moving, you’ve forgotten there is a beer in your hand, forgot about your camera, you even seem to forget who you are with… and could care less about the pee you had to take 3 songs ago….when that moment fades back into the concert itself… you glance just slightly to one side to see if any of your concert partners were inside that moment with you… you get the nod… then back to the show hoping for another…

One of the above moments happened for me during DOGS. I’m not sure when and for how long… it was somewhere inside the first guitar solo… or maybe the hypnotic acoustic strum from Mike Daley… then again with Sheep … the extended voice echoes on words like “seem”, “dream” and “scream”… I loved it all. The vocals and guitar were right where we wanted and although I saw the mad-scientist behind the keys challenged a couple of times James Gray played a solid album with Linz joining in later during the encores. 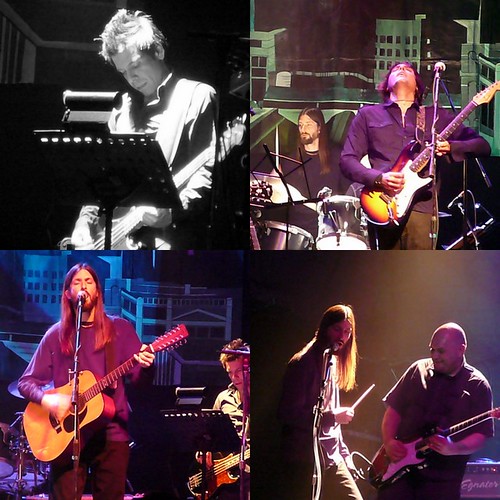 Speaking of encores… coming off of seeing some of these classic albums performed in Theaters… it felt so good to get inside the Phoenix-Sound-Field……. ONE OF THESE DAYS featured a Lap-Steel dual-off with Rob & Mike each shredding their instrument to the fullest and the sound seemed to just fly out of their respective sides if the stage speakers hanging above them. Very cool…(thumbs up sound team)…. and schnitzy playing that beautiful bass… followed buy Troy Feener hiding in the back on drums just thundering down on his kit for everyone.

Comfortably Numb… maybe you have seen a friend play this song before, you might have even seen Floyd themselves do it… but unless you were at The Phoenix in Toronto last night you missed “Clifton-Guitar-Hero” crank out a string-clinic on this solo… I wanted to film it with my camera but I just could stop watching… it was a head-shaker, hair-raiser, no-way, come-on, your-kidd’in that had me giggling.

Rob Phillips who did some cow-bell, supplied guitar and vocals at times and added some cymbals to his repertoire on this one. As for Rob he was not scheduled to play the show but delivered a nice version of Young Lust that I grabbed on video here below

……Young Lust – by Classic Albums Live|||||| TODD‘s REVIEW ||||||
If you really want to “feel” a Classic Album again go see it performed by Classic Albums Live musicians.. these guys are serious serious players….. last night Pink Floyd’s Animals was flawless… just in case you forgot the concept of the album animals… Craig Martin comes out just to say hi before the show starts and then remind you how DARK this album really is… man by the time dogs is over I am completely understanding (again) of the sense of alienation, confusion… just a cog in the machine….animals among animals …out in the fields…of corporate ruin…and dominance….feelings soundly pushed forward by the lyrical images and foreboding grinding music ….. the classic pigs on the wing #1 as an intro and #2 as an outtro just loll you into a sense of ” maybe the picture isn’t bleak” but the cycle continues….note for note this album was performed to perfection… just stellar…. Clifton David’s vocals & guitar work were amazing….I have seen quite a few albums performed by CAL and Animals twice now…. it may be my newest favourite… 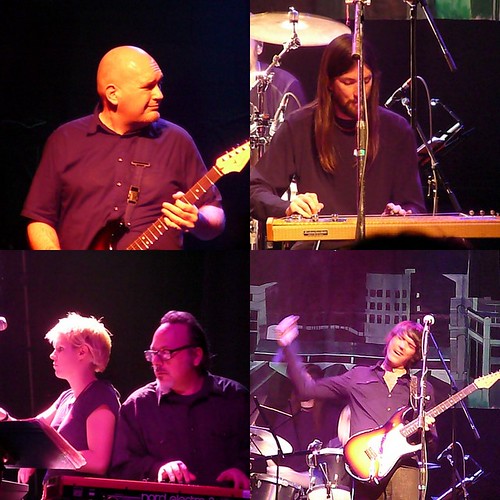 Beyond animals the entire set was really great….and again Clifton David took Comfortably Numb and the guitar lead into another stratosphere….that David Gilmour would have slyly smile at….the keyboards were awesome, the bottom end heavy and tight, duel steel sliders… at times 4 guitars rocking….and all the subtle nuisances and sounds all Pink Floyd albums demand… thanks again CAL for taking me away to where rock really lives …. LIVETodd