….I had been oscillating between going and not going to this show right up to the last minute for no other reason then I wasn’t feeling so hot. Needless to say I ended going and after a couple of songs I knew I had made a wise decision. 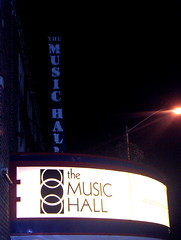 This show kind of felt like “An Evening with” and a little bit “story-teller” like.  Lindsay Buckingham hit the boards somewhere around 8:30PM and did 2 songs right off the bat from his new album Gift of Screws. I had never been a Lindsey Buckingham fan. I had never really not, been a fan. I just never really paid much attention. Last night all that changed! 2 songs into the show I was mesmerized by his style of guitar playing. This guy is a master at picking. I think throughout the whole show he may have used a guitar pick on 2 songs. The third song in is an older solo tune called Trouble. Even if I hadn’t been paying much attention to his solo material I knew the song and it had me thinking Oh! Yeah! This is a really good song!

Lindsey is touring with some excellent seasoned musicians that really accent his playing and they harmonize perfectly with his vocals. The harmonizing had me thinking of bands like the Eagles, Poco and even a little CSN to name a few. 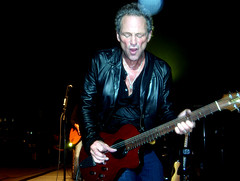 You would have had to be in coma through the mid to late seventies and early eighties not to have been aware of Lindsey Buckingham’s contribution to Fleetwood Mac, having written some of the most recognizable songs from this or any era. Not to mention being a lot of the genius behind one of the best selling albums of all time. Just amazing stuff when you think about it!!

The first Fleetwood Mac song we get is Tusk. This is definitely the longer album version of the song, not the radio shortened one I had heard so much. The sound is so good in this great old theatre. I have to say the equipment is state of the art all around. The clarity of music is amazing. The custom guitars are a show in themselves. He relied on 3 main axes, all of which are beautiful custom pieces.

This rolled us into a solo acoustic set that was quite beautiful by every measure. The highlight by far for me was the Fleetwood Mac song Never Going Back Again. He brought the vocal down to whisper and I swear you could have heard a pin drop, the place was that quiet! What a respectful response from this crowd!

Let the story telling begin. Lindsey rolls out Big Love with a story of how he really was not looking for love as much as looking out for love as he gestures a pushing away motion with his hand. He explains this was just before he walked away from “the insanity” that was going on all around Fleetwood Mac. He said there were just so many people ignoring the responsibility of spouses and family he had to get away from it. He went on to talk a bit about his 11 year married relationship and his 3 children. 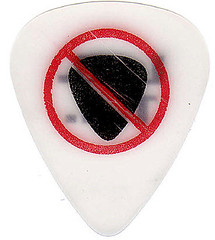 The set was easily 21+ songs. I tried to get a setlist but the setlists were laminated so the tech told me “no way” and “this is mine”. This tells me by this point in the tour the songs are pretty much etched in stone and there isn’t much deviation from start to finish. I did manage to score a guitar pickand the coolest thing about it is the pick has a dark guitar with the do not use symbol over top. The inside joke I guess is a laugh at not using a pick for the most of the shows.

Before rolling out the title track Gift of Screws Lindsey went on to explain that the meaning of the album and song title was taken from an Emily Dickinson poem. The meaning isn’t as crude as it may sound as Lindsey put it, rather it refers to a flower press (like a wine press I guess) to extract oils etc.

More of the story-teller feeling was conveyed when Lindsey explained how he felt writing and playing solo material. He continued telling us about the difference in support an artist receives when rolling out material for a “brand” name such as Fleetwood Mac as apposed to doing his solo material. Although he did say he was pleasantly surprised from the reaction Warner Brothers Records gave him regarding his new album. They had even picked a single out for release and he made us laugh when he smirked and said “what’s that” in reference to hearing a single had been picked. I guess since the Mac days he hadn’t needed to worry about the “machine” choosing singles for him. The single he referred to is the song Do You Miss Me, which he promptly played. 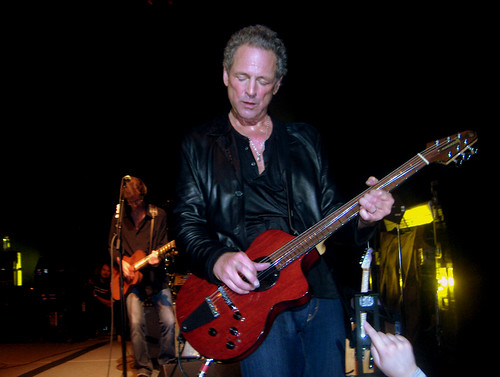 A lot of the last 2 albums got an airing as did a couple more Fleetwood Mac tunes.  Of the Fleetwood Mac tunes, Go Your Own Way was a killer! As the song kicked in a lot of the crowd just kind of oozed down the aisles to stand at the stage front where Lindsey began letting a bunch of fans slap the strings on his guitar. I love this kind of stuff!!

All in all it was a really good show and by far highlights for me were the exposure to Lindsey Buckingham’s awesome style of picking / playing coupled with his unique singing voice, the harmonizing, the story telling, hearing the Fleetwood Mac material live and his custom guitars. 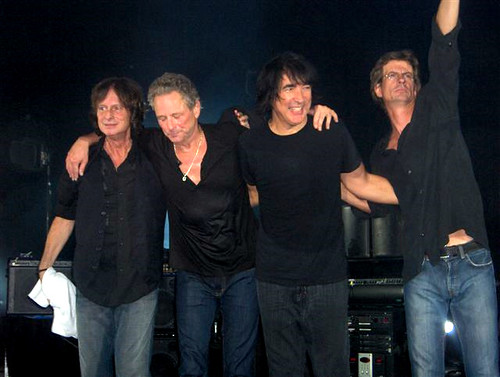 Have you seen Lindsey in concert? Leave us a comment!

The Watchmen Reunion at The Horseshoe | Toronto | 2008

The Who in Hamilton at Copps Coliseum