The concert goal tonight was to get a cheap single on the street and get inside to where my contact was so he could assist me with getting down front on the floor.  There weren’t alot of singles floating around but after waiting about 6 songs in I grabbed a ticket for $20 and was into The Air Canada Centre now. This is the ticket here… wondering why it says “Rumour” on it? Anyone?

After seeing the band last week I did not have plans to go this week  until I found out a friend of mine from high school was going to the show and would be in the front row. This friend… Tina and I went to go see Fleetwood Mac together in October of 1987 at Maple Leaf Gardens here in Toronto. We had reminisced about this show once or twice over the years and how Christine McVie performed Songbird as the closer. ( Did you know Lindsey Buckingham didn’t perform on that tour?) Now for tonight I knew I could get down front where Tina & her sister Robin would be and I thought the 21 year concert reunion would be a blast. 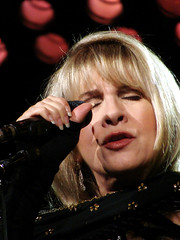 Down to the floors & contact made with my friend and I am on the floor at the back, big lights full house and he tells me that no security is allowed up front and that I was on my own from about the red-line. No problem. I’m in my element. Total Pro. I stroll up and crank a hard left at the stage…it gets louder, I make no eye contact and…

There is 7-8 feet in front of the Row 1 seats that seem like a VIP Section gone wild. Cameras, dancing and the Mac groove is on. I figure these girls are dead centre. Yes. Tina turns her head and its them. I edge my way in and the reunion is on. Wow we are close. I mean no barrier, do what you want close. This is unique in that there is no security to be seen… heck we can’t see anything except Lindsey Buckingham’s boots. 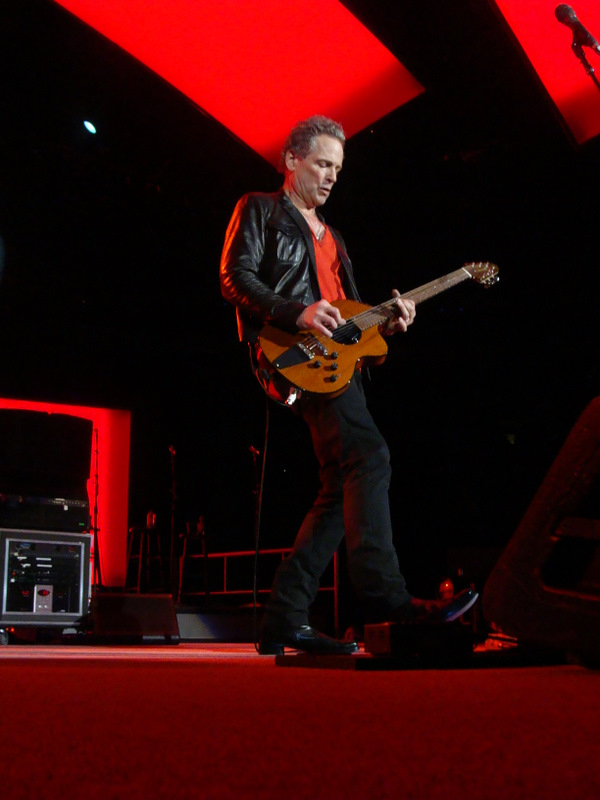 This type of access changes things so much even compared to the 3rd row seats I sat in last week. One of the key factors( for those who haven’t put their elbows up on a stage before) is that you hear the show mainly from stage monitors… not the actual stacks of speakers that the rest of the Arena is listeing too. Right beside us was what looked like a centre channel from a home theater system and it was Lindsey’s vocals mainly…so at times Stevie’s vocals were abit distant.

This crowd did seem to respond at a more heightened level then the previous show. I won’t compare the two shows song for song as I noticed a few slip ups each night and at the same time some stronger moments for Stevie and John McVie during this Show 2! When you are only 4-8 feet from the performers you see everything. From the detail in Stevie’s costumes to Mick’s Red Shoes… everything is right there including the glances back and forth between Nicks & Buckingham… or better yet… eye contact & a nod from Lindsey that makes you feel like you are part of the show.

In this video you will hear more from fans than you think you would down front… Never Going Back Again none the less is timeless.

Robin loved “Storms” and for me… the Drum beginning of Gold Dust Woman… just grabbed me… when I wasn’t expecting it. These are the moments the music lover goes for…. You sing along, your brain reminisces and your eyes get glued to the Gypsy that remains… doing her turns, her dance and finally a pose. 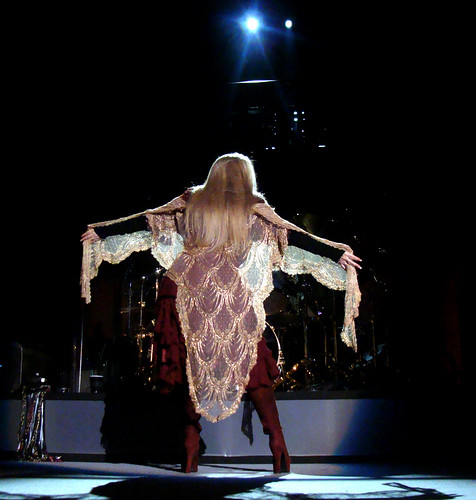 The setlist was identical almost to last weeks.. so we hear Lindsey wind it up on “So Afraid” including the guitar solo where he lets a few fans touch his strings…then came Stevie after another small break for her Stand Back and Go Your Own Way to close out the set.

Back onstage for the encore and here we get World Turning including Mick Fleetwoods Drum Solo. I actually sat my camera on the stage while video taping part of this. You can hear the groove being delivered here and we all joined in here heavy. Great Tune!

The crowd is in the ether. Don’t Stop…is in full motion …  my guess now is  all Robin and Tina can think about are the Roses they bought for Stevie… we knew Silver Springs was next. We were dead centre. Would Stevie take them or would Lindsey just pick them up for her like at some previous shows.  Silver Springs begins and Tina goes to get the flowers. We could be in no better positon.. It was a privilege now to see this unfolding… Robin had probably rolled this movie thru in her head numerous times … I leaned over and asked do you want this moment on video or a photo? She said “Video”…. I clicked on the camera and joined Lindsey right here… 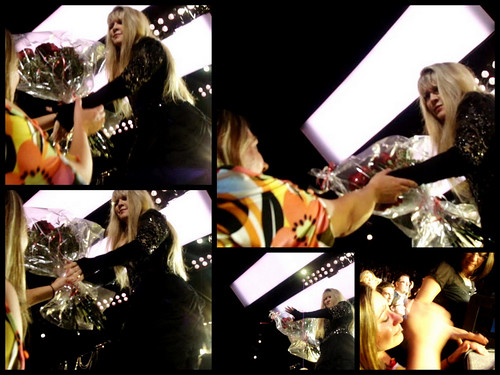 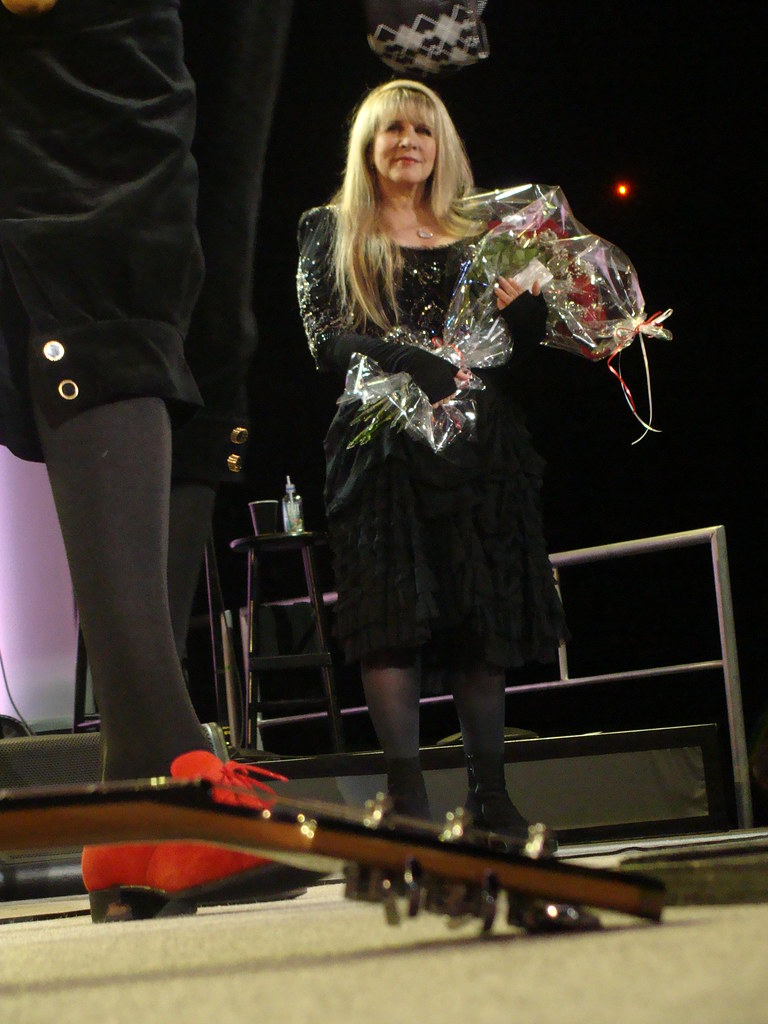 How did it all finish…? ……..Just like this photo says above…

For more photos from the Stage see our Flickr Page