One thing is to go to a concert to catch a great band. Another thing is to go to the show and get up close. Yet another is to go and get up close and get your hands on things. Like Bruce’s friggin’ guitar strings…  not just any guitar but none other than the Ash telecaster with the black pick guard!!! I don’t mean just brushing the strings! I seriously mean hitting the strings like Bam! Bam!  I got them huge!! This is the guitar that will some day be in the Smithsonian or the Rock Hall of Fame!!!  A big time highlight for me tonight!! This was 3rd time I had the chance to touch the famous telecaster.

The VIP line up out front was fun but whatever reason there were far less people than the Magic tour. Maybe it was the back to back tours or the less than enthusiastic response to the new album, Working on a Dream. The house was sold out and tickets were selling on the street in the $250 range for a GA floor. At any rate the final wrist band handed out was number 676 (Magic tour the VIP line was @1200). The pit would take 350 tonight and that meant odds were better than 50 /50. Number 396 was drawn and 2 of the friends I went down with were in.  You know I wouldn’t be far behind.

We were up close and ready!!  Badlands and No Surrender back to back great openers!! The joint is hot!! Hot!! I mean temperature hot and for a Toronto crowd we are loud!! Could be one of the loudest ACC shows I’ve been too for awhile. Outlaw Pete and Working on a Dream book end She’s The One which is absolutely haunting. The new material sounds 300% better live especially Outlaw Pete. 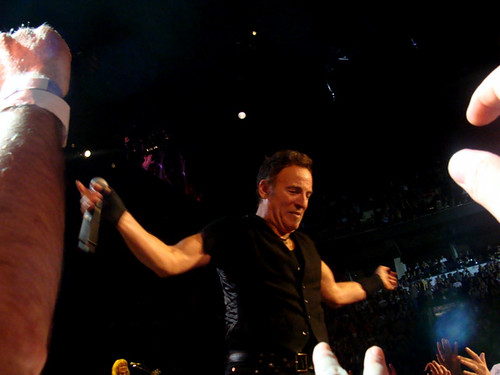 At 6 feet away awesome!!  Johnny 99 is special man I just love this tune…still got some of that bare bones Nebraska feel. I guess if I had to say there was a rarity pulled out it would be E street shuffle. Probably just me and I know it has been out on this tour a couple times already but it was a nice gem for sure. I have seen a few Bruce shows since the River tour and really don’t recall having seen this one live. You know what I probably have but can’t recall.

Collecting the signs was fun to watch Bruce must picked up 35 and ended up playing Louie Louie. Lights way, way up and Waiting on a Sunny Day gets the house singing huge!  The Promise Land with Bruce shredding it up some with his guitar. What came next is a mesmerizing… Racing in the Streets.

I was seriously entranced it was that good!  All those hours upon hours on driving around blasting Darkness came flooding over me. Lights are down low now, only Bruce at the microphone under a single white spotlight.  You hit that place that makes you know why you love music so much! It is all just magical and you wish it could go on forever!  Bruce picks up a sign in the row front that has 2 headlights that are actually lit and places at the base of the microphone stand. I got all of Racing in Streets on video. 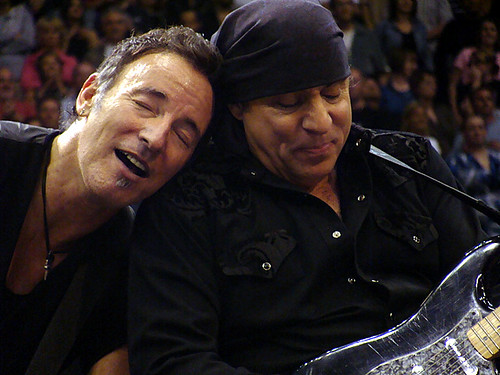 Of the last 5 main set tunes Lonesome Day and The Rising stick out. Kingdom of Days live is another example of how well the new material comes across live. I would have loved to hear the Wrestler as well. Can’t have it all I guess. I really have to say BTR and Radio Nowhere came and went far too quickly for me.  You what when Bruce does BTR he still seems to enjoy it a lot. Once in a while I see bands that blow through the older material and it seems like they don’t care to be even playing it. Anyway I lost a couple tunes somewhere. Like I don’t have the memory. I think maybe I was still blown so away by Racing in The Streets.  Darkness on the Edge of Town is now on heavy rotation!! 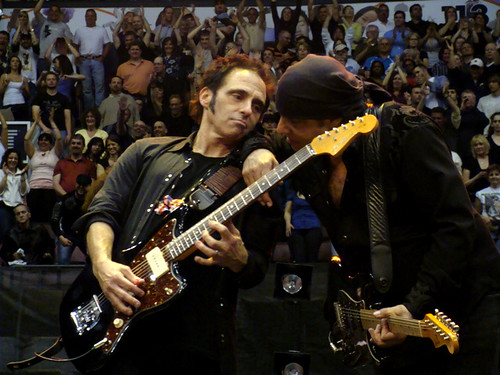 I have to say I have some great video. At one point Bruce comes over to my camera and points in the lens and yells “You”! all the while I am videoing. Got to love that!  Hitting the tele twice tonight was amazing and I also had Little Steven put a pick in my hand and take it back saying No! No! then he gave it to a girl beside me! I ended up with another pick though from Nils!! I have a bit of Steven fishing in his pocket for a pick.

I grabbed the entire food share information lead in to Hard Times at the start of encore and most of Rosalita from near end. 10th Ave got the big man blown as usual. Like in the band intro as Bruce says the biggest man you ever seen!!! This as always is a really fun show.

This band…They tire you out and you wonder how a guy who is 60 years old can do 2 sometimes 3 nights in a row! Then the next day creeps in and man you get that “I’d love to that again feeling!!” and sometimes when there are multiple dates close by you can.

Our live video streaming of a few songs got 4500 views while we were inside the show. Here is Glory Days from our iphone stream.

This was Glory Days to finish us off.. and one more touch of the strings 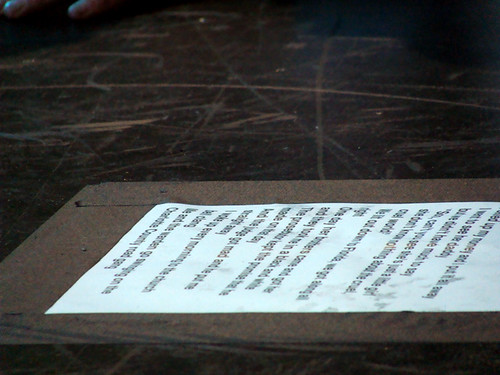 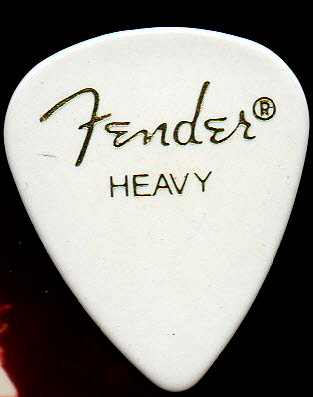 This show also inspired us to dig into the archives and pull out a couple of photos from the Born In The USA Tour from 1984 at the Buffalo Memorial Auditorium. 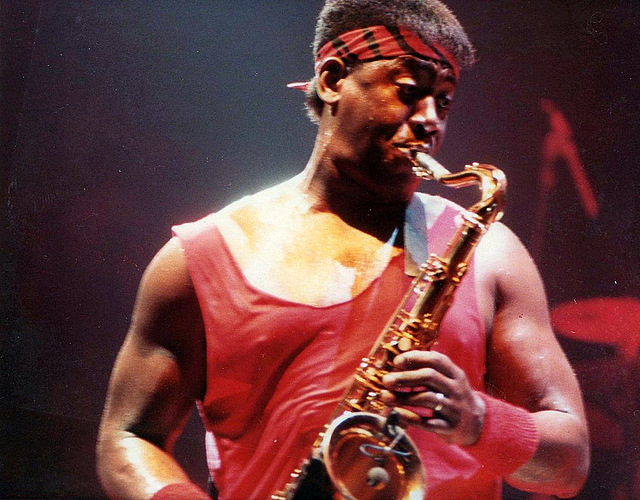 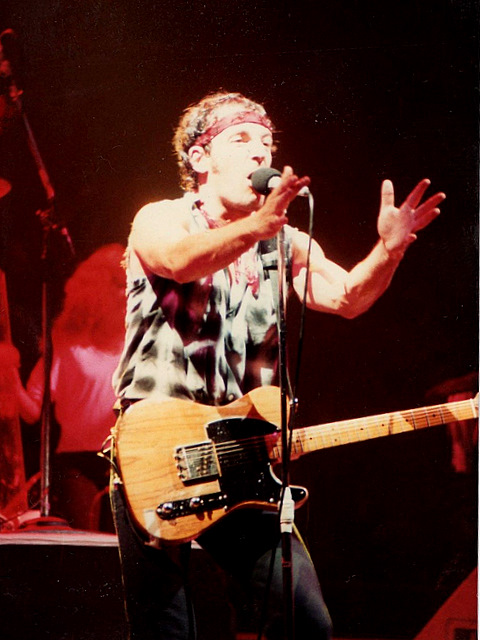 For more photos from this show visit out Flickr Photo Page.

Chickenfoot at The Mod Club in Toronto