Monday Morning you look so fine, Friday I got travelin on my mind – I was 6 or 7 and remember the sound of Fleetwood Mac’s White Album on Vinyl. My mom’s speakers were as tall as me and the bass… Lindsey’s voice become a staple for years along with Stevie Nicks and of course Christine Mcvie.

March17, 2009 and Fleetwood Mac arrives in Toronto for the first of two shows this month. Yes that’s my ticket above that I picked up a few hours before the show. 3rd row! That’s what made up my mind for me. Down to the Air Canada Centre and I walk over to will-call, see a friend right away and then head on in through the front doors.

Here is the sign on the doors walking in. I took this with my blackberry.

Ok well the sign didn’t work to well because down front was a total photo shoot. Security sat down. There were no barriers between row 1 and the stage. Fans were leaning on the stage with their digi-cams.

Monday Morning launched the show off followed by The Chain and Dreams. Lindsey showed his strong presence early here in the show… his unique vocals and of course his guitar mastery. I wasn’t expecting to hear “Gypsy” and it was real cool to experience as it totally brought me back to the early 80’s.  Think about how many times you heard that tune on the radio back then? She is dancing…away from you now…

Dancing, singing and the hits.. was the mood down front in the first 3-5 rows. That was the purpose here as Lindsey announced “we have no new album “yet” and we just want to have some fun playing the songs we like”.  With the repertoire this band has things didn’t really get slow with the middle of the set being Rhiannon, Second Hand News, Tusk and then the beautiful Sara. It’s easy to get lost inside of a song like Sara… and then get woken up with the climatic finger-picking journey of Big Love… big big love.

Landslide is always good, maybe not as in depth as the version on the “DANCE DVD” but this stripped down part of the evening showcased a well crafted version of Never Going Back Again… that seemed to defy time.  Lindsey slowed it right down as many tried to sing along… it seemed to get slower… Stevie Nicks twirled around and sauntered over towards Lindsey for a “moment” and by the time I realized I should be video taping this one… it ended. 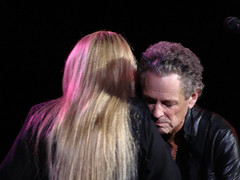 Storms featured some video imaging on the screens above the bands heads and diehards along with Stevie herself seemed to like this one.

Say You Love Me… just drives home the fact that Christine Mcvie is not part of Fleetwood Mac anymore. Not just her vocals are missed but her left stage presence. One of the best songs I’ve ever seen presented was  in the late 80’s at Maple Leaf Gardens, Toronto. Final encore… Christine on the grand piano, Mick Fleetwood comes out and lays a dozen red roses across the top of the piano and I swear I saw a Dove flying around while Christine sang SONGBIRD. 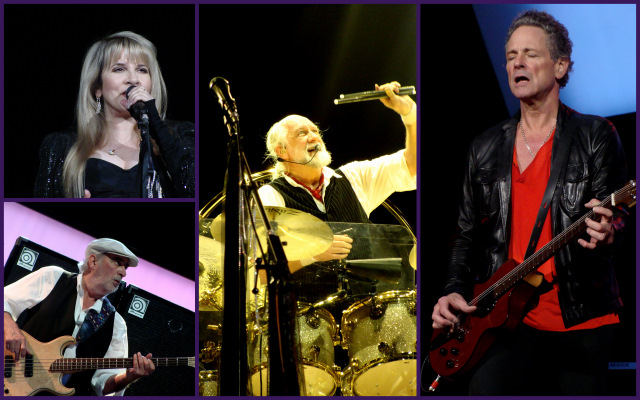 Back to 2009 here and by the time So Afraid hit everyone… the guitar solo here defied what many casual fans forgot or just plain don’t know. Lindsey Buckingham can play the music-box ! Then hearing Stevie do her solo Stand Back I thought maybe we would get Edge of Seventeen. No luck there.

The main set finished off with a strong Go Your Own Way.Top Hat on Stevie and more guitar fun from Buckingham with him letting some front row fans pluck away on the strings for a few seconds during his solo.

World Turning was song 21 and the 1st of a 3 song encore. It offered up bug-eyed Mick Fleetwood doing his thing on drums along with some Mick-chanting and what seemed to be recorded-feedback vocals of Lindsey being played by the keyboardist I believe. I didn’t see Mick’s little drummer-helper during this song although he did have someone playing behind the stack of monitors to his left. Apparently Mick isn’t as strong as he used to be on the skins.

Don’t Stop & Silver Springs are the final songs…and it seems everyone is happy. No one song here took me into the clouds or anything. Fleetwood Mac just reminds me of my mom, a time period that was fun and is almost like having some “comfort food.”  The chance to sit 3rd row centre is something a real concert goer doesn’t turn down…..you get the ticket and run to your seat. (even though it was 2 rows behind where I sat 5 years ago 🙂 when I saw the Mac.)

Security told me there were 5 fights on the night …all woman. Thanks to the Original Kid Rock for stopping by behind 3rd row to show off that he had the actual setlist and it was only half way through the show. 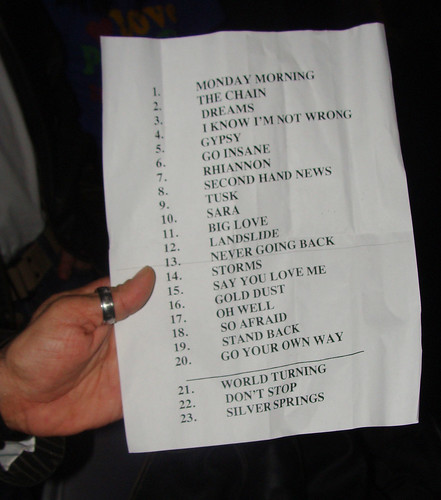 If you were at the show please leave us a comment or if you are going to the next one then drop us a link to your photos or videos. I twittered & updated my facebook during the show for the first time also offering up some live photos as they happened. Next up… live streaming video. 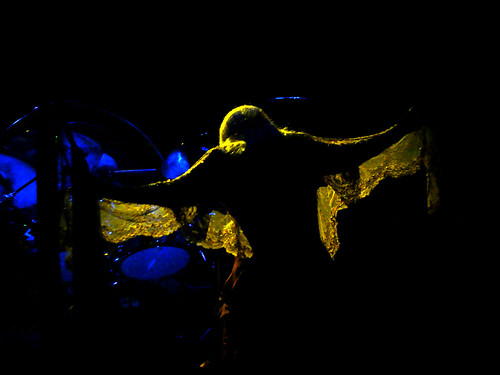 For a FULL PHOTO SLIDESHOW of Fleetwood Mac go here