The biggest surprise for me at this show was Billy Joel.  He really brought everyone into the show like we all were in some huge piano bar somewhere in New Jersey. I saw him back around 1983 at the “Aud” in Buffalo, but to say my memories of that show are dim to nil would be an understatement.

The show opened with Elton playing Your Song and then Billy playing, Just the way you are. They were actually facing each other each behind a Black Yahama Grand. The songs had the same feel and tempo and these were solo songs. Next Elton played, Don’t let the Sun Go Down on me with a small band and Billy played My Life. This was a nice show opener. Face to Face piano masters. The flamboyant colourful John facing the conservative back to piano bar roots Joel. 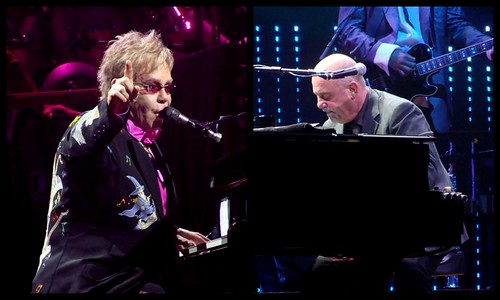 Elton opened his main set with Funeral for a Friend / Loves Lies Bleeding. This song is worth the ticket price alone. I have seen Elton John 11 times (my 1st EJ show was 1979 at the O’keef Centre) and Funeral is still one of his best songs live for me. He rolled through 11 songs with highlights for me seeming to be the extended piano playing on songs like Tiny Dancer, Madman Across the Water, Rocketman  and Levon. Burn Down the Mission may have been the gem here because I can’t recall having heard this song  live before and I really enjoy the Tumbleweed Connection album era. 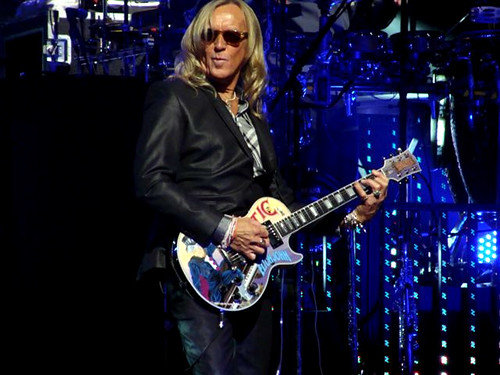 I have to say the Elton John Band doesn’t get enough accolades. The Nigel Olsson drums sound like cannon fire at times and Davey Johnstone still plays a mean lead guitar. Davey came out with this awesome Les Paul with the Captain Fantastic album motif on it. It looked really good. I guess with Elton you pretty much get what you expect, stellar piano playing, a great band then a machine gun of classics. The last time out I saw the Captain and the Kid tour in Nov 2006 and was lucky enough to get a copy of my Goodbye Yellow Brick Album signed. I took a couple of pictures of Elton John signing &  caught a really nice close up of his hand as he passed the album back to me. (see below from 2006) 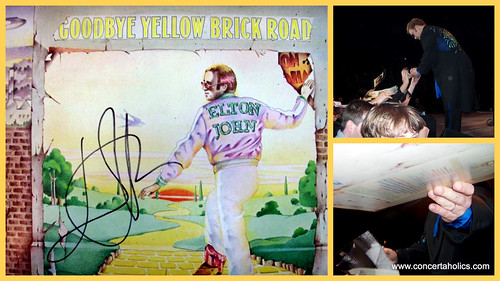 Billy opened his 11 song main set with Angry Young Man. I have to say he was pretty funny telling all kinds of stories and joking about people facing his back and the special effects of his piano turning around every couple of songs. He kept referring to the seats at the back as Hamilton, Ontario. He blasted through a bunch of classics like Allentown, Moving Out and Always a Woman to mention a few. 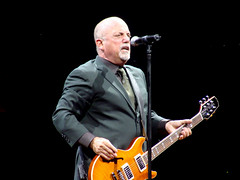 At one point he was out front playing a guitar. I never followed Billy Joel very closely so that was a big surprise. He finished out his set with a rousing Still Rock N Roll to Me and Only the Good Die Young.

There was a very short break if 1 at all and EJ was back with Billy to play I Guess That’s Why they Call it the Blues first then into a Joel song.

Each playing verses of each other songs. Uptown Girl is next then a few more before going into the Beatles Happy Birthday and Back in USSR.  I caught a video of these 2 songs. I wasn’t sure why but I liked the change up.

The encore was candle in The Wind and the very appropriate Piano Man.

It was good show all around. Even at 300 bucks a ticket it felt like good value.

It was kind of like seeing 2 concerts with a gem or 2 thrown in. 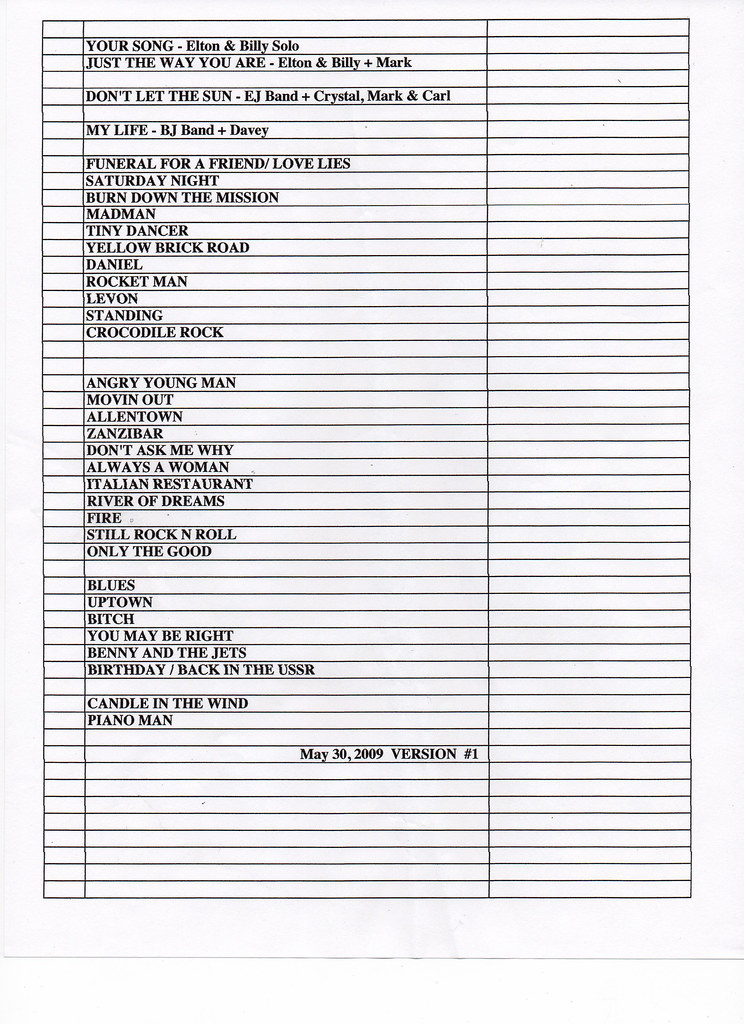 Chickenfoot at The Mod Club in Toronto