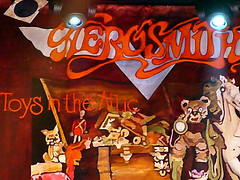 I had a front row seat for Grand Funk Railroad for Friday night this week in Niagara Falls. So I was not planning on going to this Aerosmith show. With plans to go north for 4 days… Two shows in a row before you back up the family is a tough juggle so I gave my front row to a friend who lives close by the venue and decided to get my guitar injection before going to cottage country with Classic Albums Live’s presentation of “Toys In The Attic” and “Rocks“.

I bolted downtown and skipped by the guy selling fake $10 tickets out front. The light crowd tonight only means I stand closer than usual. Aerosmith was never heavy on roatation in my teen years and to be honest I probably know very little about this era of Aerosmith. Other then Walk This Way, Last Child and Sweet Emotion I don’t know every little riff and lyric like many of the other shows I see from CAL representing Classic Rock. In the end it didn’t really mater because I got what I get on every visit to a Classic Albums Live Show… I got Rocked! You get to stand in front of Journeymen for the price of double martini. It’s a steal every month and the hardcore fans know it. 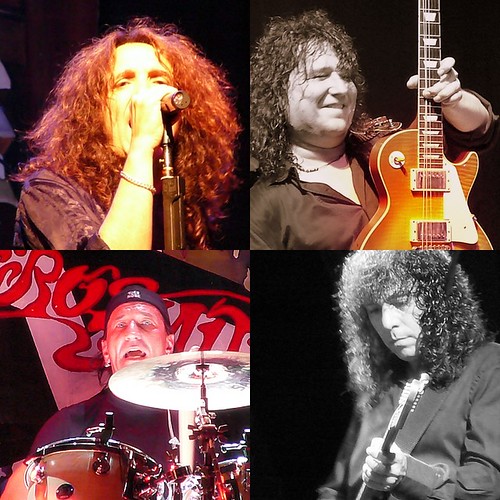 Side 1 was when I realized.. “hey I don’t know all of this”… but holy-raw-garage-rock…man… we’re not talking about Love In An Elevator kinda rock either. So I was being schooled in early Aerosmith and most of all got to see, feel and hear what surrounded “Walk This Way” and Sweet Emotion”.

Sweet Emotion hit… and it hit HARD! Ya I know it’s a radio staple and all but Dom had that talk-box guitar action bang on along with the rest of the band showing off their teeth to each other! This was that one number by Aerosmith that when it came on while in the car…back in the day… we turned it up and shut up. (and drove a little faster) – This was beautiful.

Sure the Aerosmith I know was off later albums which seem to make me watch even closer and got me wondering how close the songs I didn’t know were to the album. This was raw stuff and I liked it. The players were having fun. The stage was full. 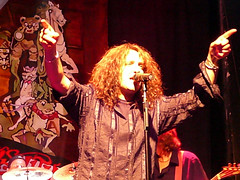 We got to see the mini orchestra in the back compliment the rock show up front with inspiring vocals from a front man who was built to last.

There is a backdoor reason to why I enjoy these shows. I learn from them. There are albums and songs I thought I knew well and didn’t. Sometimes I revisit the material before a show or even do some research behind the album’s theme, lyrics etc. Other times it makes me pick an album or group up for listening again.

Back In The Saddle and Last Child were a great back to back combo. Last Child for me was always a favourite from back in high school. Not sure why… just loved that funky beat and Tylers vocal delivery is stellar… Here is the CAL (cowbell heavy) version……

On side 2 of ROCKS…Phil Naro mentioned that Nobody’s Fault was his favourite. So I figured he would hit this one out of the park. So I grabbed the video for this one even though I really didn’t know it. Loud. Yes…. This was one of those one’s that blows your hair back like in that old Maxell tv commercial. So when I got home I searched for this song on youtube so I could hear it and listen to Aerosmith do it.. I found it and watched it along side the video I took of this song. WOW. Deadly song. Yes I played both videos at the same time.… and came up with some interesting moments.

If you want to get into the experiment that I did for a few minutes I have put the original Aerosmith video below the Nobody’s Fault version by Classic Albums Live musicians also so you can try and sync them up.

The outcome is not perfect all the way thru… but here are the times you can try and sync up to check out what I was playing with.

Then hit the play button on video 1 first and quickly go right to video 2 and click play right away. You can pause one or the other to try and get things right but if you hit this the way I describe above from .25sec to 1:30 or so the versions are very close! There they float away from each other abit until exactly 3:20.

If you can get both videos running from 3:20 and on... the final screams from Tyler and Naro are deadly followed by some crazy guitar syncros until the end.

While doing this experiment I just realized after 10-15 listens that I could hear where a Motley Crue may have got some influence … along with a handful of other bands including Slash who has mentioned it was his favourite tune from the Toxic Twins. 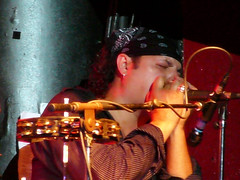 From the guitarist on the left to the cowbell on the right and then straight back thru smiling JB-Bass-man and Sascha on drums…this line-up stepped up and brought layers of hard edged rock to the Phoenix.

I enjoyed the show as well as learning more about Aerosmith’s early years.

Dark Side Of The Moon | Pink Floyd by Classic Albums Live