In March 1985 I had a lot I wanted to forget, for one, my older brother’s horrific motorcycle accident 6 months previous. The accident left had him paralyzed and spending the next year in rehab. Music is the one place I always went to in good times and bad….

This was my first U2 show. Not bad I guess because I know U2 had only been to Toronto a couple times previous. (El Mocombo 1980, Massey Hall 1984) I had pretty good seats to start with but in short order I improved my sightline and proximity to the stage a great deal. I actually ended up right at the stage and I had my trusty Olympus OM 10. 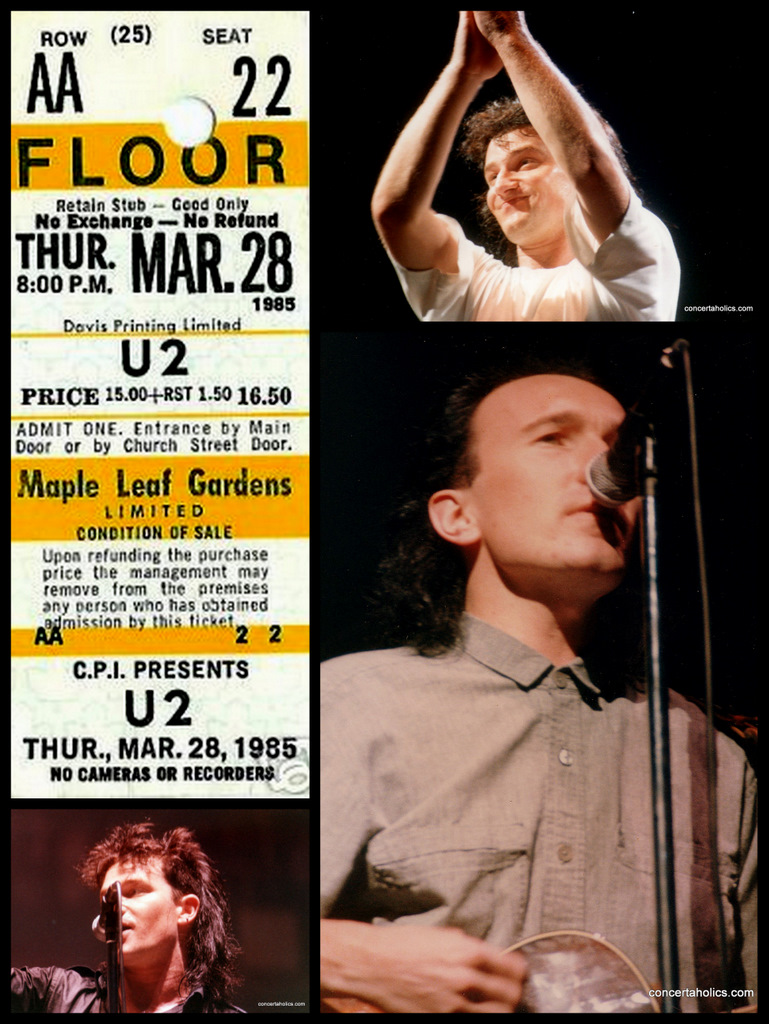 There are some very poignant moments during the show. I recall a tug-o-war over an Irish flag and Bono angrily saying, no…no…that is what we are all about stop the fighting…” and during beginning of BAD he was talking about the drug problem in Ireland at the moment and pushing one sleave up  to expose his arm as if to signify preparation for a fix. Classic!! If this stuff doesn’t give you goose- bumps you better check your pulse!!

The show started with a song from Under a Blood Red Sky, 11 O’clock Tick Tock and then went into I Will Follow. The crowd was obviously waiting for U2 to be here in this place, in this time because they were into it. Can this band perform or what. Bono is a natural born performance master. I have seen a lot of U2 shows since but I got to tell sometimes seeing the first is like the first orgasm…just mind blowing. I thought I was ready for the explosion of music and rabid fan-dom joining as one. Blasting through MLK, Unforgettable Fire, Wire (mesmerizing) and Sunday Bloody Sunday (Powerful) before taking us down some…just a bit…into Bad that included a medley…Wow!!

I recall the medley included some Stones songs (Ruby Tuesday and Sympathy for The Devil). Then October,  New Years Day, Pride (In the Name of Love) before leaving us gasping and begging for an encore…. 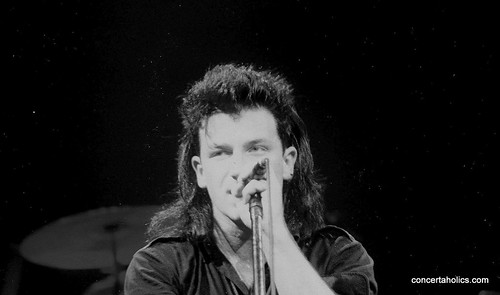 …I had been listening to the album quite a lot prior to this show and quite a lot as I would drive daily from Niagara Falls to the Chedoke Hospital in Hamilton to see my brother.  The release was I guess about a month or 2 following my brother’s accident and it became such a comfort album for me. Sometime I find hard to go back but as time goes by it gets easier.

The encore – Knockin’ On Heavens Door, Gloria. What a finish!! Overall the vibe from this show was just amazing…I needed it like …well like ……………. A Sort of Home Coming

Where you at this show or another show from that Tour? Leave us a comment or tell us a U2 story!

Posted in: concert reviews u2
Prev