It could have been 1 of several things that brought Eddie Vedder out to centre stage well before the opening band was scheduled to start tonight’s Pearl Jam show at the Molson Amphitheatre in Toronto. The first being that as Eddie Vedder said Ted Leo of Ted Leo and the Pharmacists was not available as of yet and “we would have to improvise”. The second is that EV is a good guy and would love to fill the seats with people to watch Ted Leo before PJ fills them, or lastly he just freakin loves Toronto and the Legacy of Neil Young!  Who cares it’s all probably true but loving Neil Young, as Eddie obviously does has him out early and meandering through Neil’s Sugar Mountain & The Needle and the Damage done.  Just crazy awesome!! I was up walking around between the 300’s and the 400’s which at this point were basically empty I just plunked down and caught Sugar Mountain on video and was blown away by EV doing these Neil Young gems. The goose bumps were already happening!!

There isn’t gong to be enough words to describe the show. Pearl Jam were simply spectacular!! I have been going to shows for 35+ years now and I got to tell this show has to be in my top 10! Believe it or not probably I’ve done 500+ shows and this was my first live experience with Pearl Jam .  Although I did manage to catch the Eddie Vedder solo outing last year at Massey Hall. (bonus gem here)  Not sure why I never caught the full band… I have everything they put out, plus a bunch of boots and I’m seriously liking the new tune The Fixer with the Ska feel. Eddie Vedder even sounds happy on the tune. 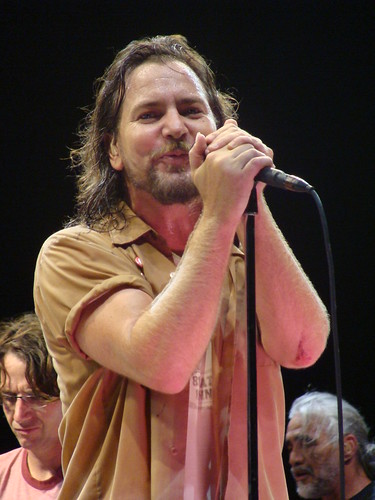 Right out of the box – Of The Girl a nice rockin noddler to get us feeling good and ready for what was in store…then Corduroy nice!! Were just getting started…. I’m in the 100’s now 5 rows back just to McCready’s side. The crowd is ballistic!! I heard the venue was over sold  by 4000. I got to tell you Pearl Jam has to be the toughest tickets to get. I heard a scalper sell two $40 lawns for $500. Nuts!  I mean I didn’t’ see a decent 200 level, never mind a 100 anywhere. I entered with a 400 level and ended in the second row by the encore.  Severed Hand and were in the stratus sphere some where …Yield and Pearl Jam got a lot of air time.

The new tune The Fixer sounds nice live. EVEN FLOW… comes in there like a freight train of rock ….it is like a blur in here now…Given to Fly…. I think Eddie Vedder mentioned they don’t get this out there much live or it could have been Faithful…. Around Unemployable EV gave a little story about “how amusing it must be to watch the country down under us” he used the current health debate going on in the USA to suggest it must be like watching a “dog chase its own tail” then he changed the story a little and mentioned it maybe kind of like have a distinguished guest over to your house for dinner like Neil Young then referring to him as Uncle Neil – like having “Uncle Neil over for dinner and the dog like starts to lick its own asshole”! 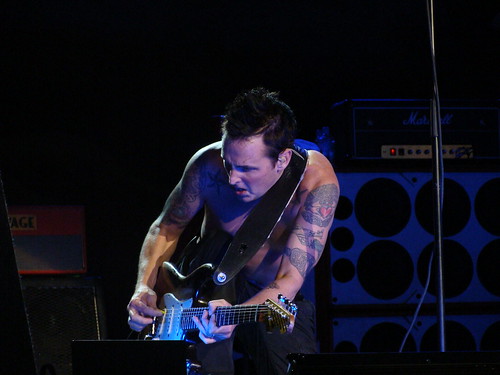 ½ Full comes across heavy, way heavier then the album version could ever do!!  This could of went on forever I was gone!!  Mike is on fire!! The whole band is crazy!! The run of inside Job (with the keyboards turned up nicely) and Mike screaming some nice stuff.. and then Wishlist just to cool down before the rockoutfest of Black and Alive back to back was unreal. The Black fading guitar outro was another awesome standout!!

At one juncture during the rock out in Alive the band comes together in front of the drum kit – Mike playing the big double necked Gibson – they are this finely tuned rock machine churning, humming, powerful – 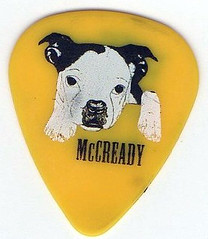 Eddie Vedder rams his head for a moment into Mike McCready’s chest ! Wild to watch!! McCready throws out a handful of guitar picks and I manage to snag one!!  MC changes his shirt a couple of time and at one point he comes out wearing a Kiss Alive tee shirt – classic stuff!!

The band cools it out again with Wasted (reprise)… I think it was during this tune or at the conclusion EV come and points to – then leans over and hands the guy directly in front of me and one seat to the right a tambourine !! The vibe all around was beautiful!

………………………..The weather was working the music so amazing!! The crowd literally going insane here… the sing along with Betterman (video) was huge!! Eddie Vedder let it go for awhile then comes to the mike and says” that was pretty f**kin’ good”!! I kind of remember Porch but don’t ….I mean I was in this surreal place where this band had taken me.

They were playing so tight and the magic was really flowing. I didn’t want the show to end and end it had to and fittingly so with the encore being Neil Young’s Rockin’ in The Free World!! What a blast!! If there was a second it would be a no brainer to head on down!! This is definitely 2 hours I’d love to relive over and over again!! 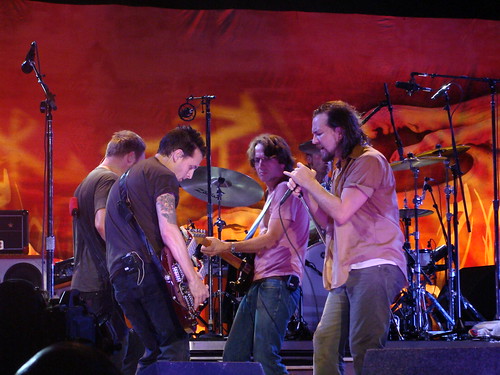 Set List for the evening in Toronto with Pearl Jam….. 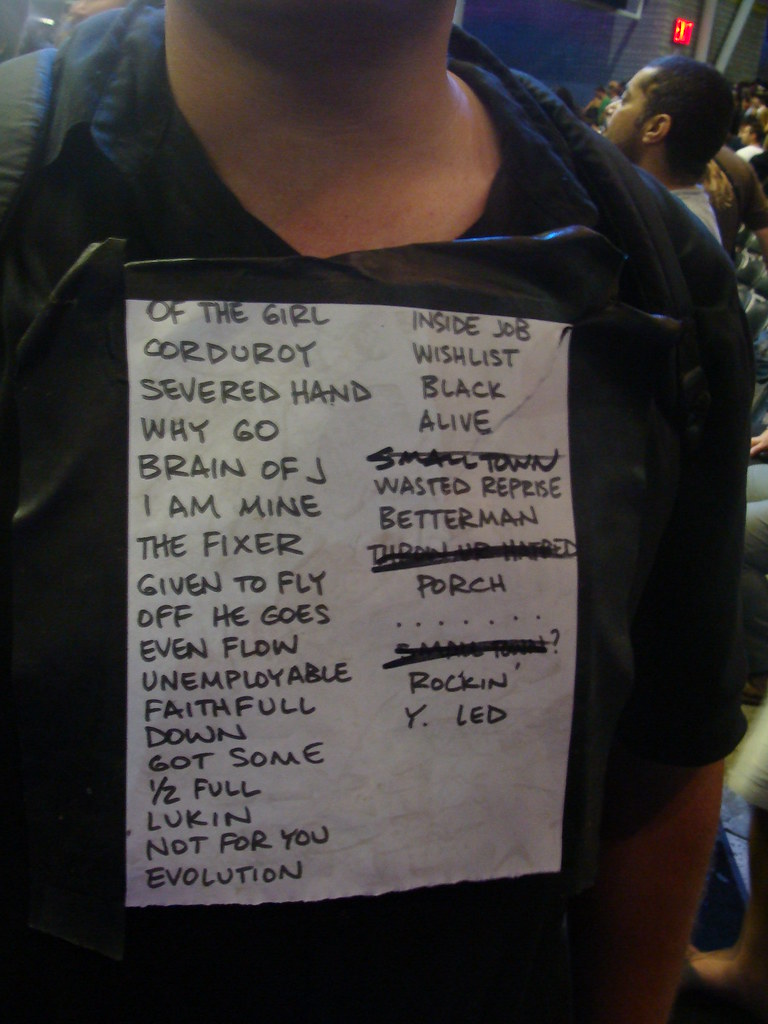 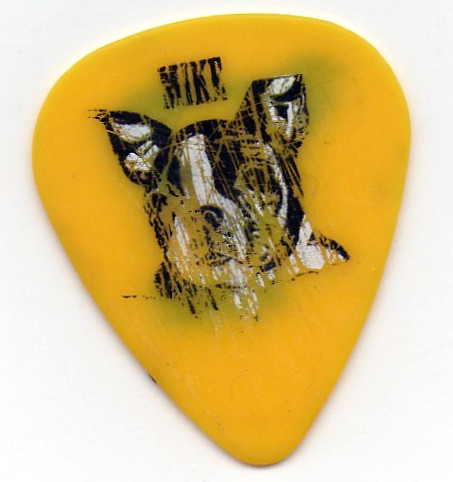